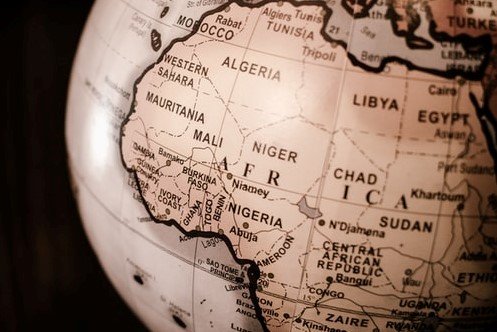 In 1981 when I told my family I was going to Africa through a graduate-student exchange program, my father called it “the dark continent.” While I was slightly more informed, what I knew before I left for a summer working in a remote village in Kenya would have fit on a 3×5 card. What I found in the remote village of Kapenguria I’ve described in three chapters in my memoir The Red Kitchen.

Ever since then, I have wondered about the source of the phrase “dark continent.” It was popularized by British explorer Henry Morton Stanley in his two books Through the Dark Continent (1878) and In Darkest Africa (1890).  Stanley was joined by others in dehumanizing the continent as wild and savage and later ideal for exploitation. After the Atlantic slave trading was abolished, colonizers and missionaries among others invaded.  I learned that Africa had been trading with countries in Europe, the Middle East, and Asia for thousands of years. What I found was a bright, welcoming village at the end of the tarmac. 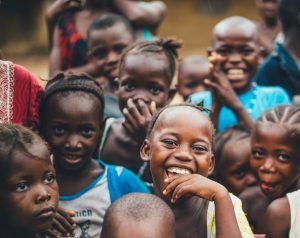 Kids like these greeted us every day walking to the hospital where I was conducting the first patient census. Bright faces, ready smiles, and their enchanting “good morning, mzungu.”

What I also saw there has been repeated again and again over the decades—unsafe products “donated” to third-world countries. In my village it was the Dalkon Shield, an injurious, intrauterine birth-control device and Nestlé infant formula. Nestlé had an entire booth in the four-booth village market to encourage the women—without access to a safe water supply—“to be modern” and switch to infant formula rather than breastfeed. The results were disastrous. 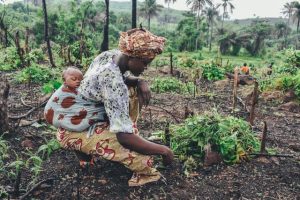 In the 1990s, the pharmaceutical giant Pfizer tested an experimental drug called Trovan on 200 children in Kano, Nigeria, during an epidemic of bacterial meningitis. Several families filed and won a lawsuit against Pfizer on the basis of violation of informed consent. Also in the 1990s, over 17,000 HIV-positive women in Zimbabwe were in trials for the anti-retroviral drug AZT funded by the CDC, WHO, and the NIH according to Global Voices.org with unfortunate outcomes.

In 2002, President George W. Bush announced a “$500 million program to prevent maternal transmission of HIV in which nevirapine therapy would play a major role. Bush made the HIV/AIDS epidemic in Ghana his top priority. The grim results are detailed in Celia Farber’s article in a March 2006, Harper’s Magazine: “Out of Control: AIDS and the corruption of medical science.” According to Farber, “Despite deeply flawed documents hiding the harm being done to pregnant women and their unborn babies, the manufacturer Boehringer shipped boxes of the drug to maternity wards across the developing world.” I can only hope that the Masai women were too remote and independent. 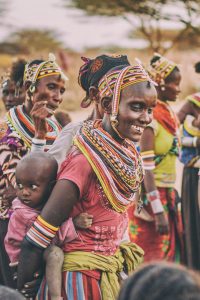 In 2020, Covid-19 provided another example of how Africans were being used as subjects for pharmaceutical testing sites. “COVID-19 revives the grim history of medical experimentation in Africa” writes Amanda Lichtenstein in her April 11, 2020, article for Global Voices.org.

“Medical experimentation in Africa,” she writes, “is often conducted under the guise of the greater good and finding cures for deadly diseases—like meningitis and HIV/AIDS— and has sounded ethical and moral alarm bells for years.” This is particularly true over issues of informed consent and forced medical procedures. “Drug trials,” according to the article and what we know through the media, “are often funded by leading health entities like the World Health Organization, the United States’ Centers for Disease Control, and the National Institute of Health.”

What I saw in 1981 in the village market has not changed. Global powers use the African continent to exploit whatever is in their varied interests—natural resources, cheap labor, military-industrial bases, and unsuspecting human subjects.

A 2020 article in Global Voices identifies another outcome, similar to what is happening around the world today: “Medical experimentation is not only entrenched in the history of racism and colonialism — it also sets a dangerous precedent by eroding the critical trust between citizens and health authorities.” 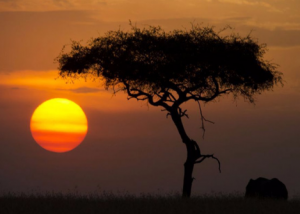 For more on the “dark continent” story go to:

To read the entire Harper’s Magazine article “Out of Control” by Celia Farber go to:

To read the full article in Global Voices go to: