Aging Is Not for Sissies 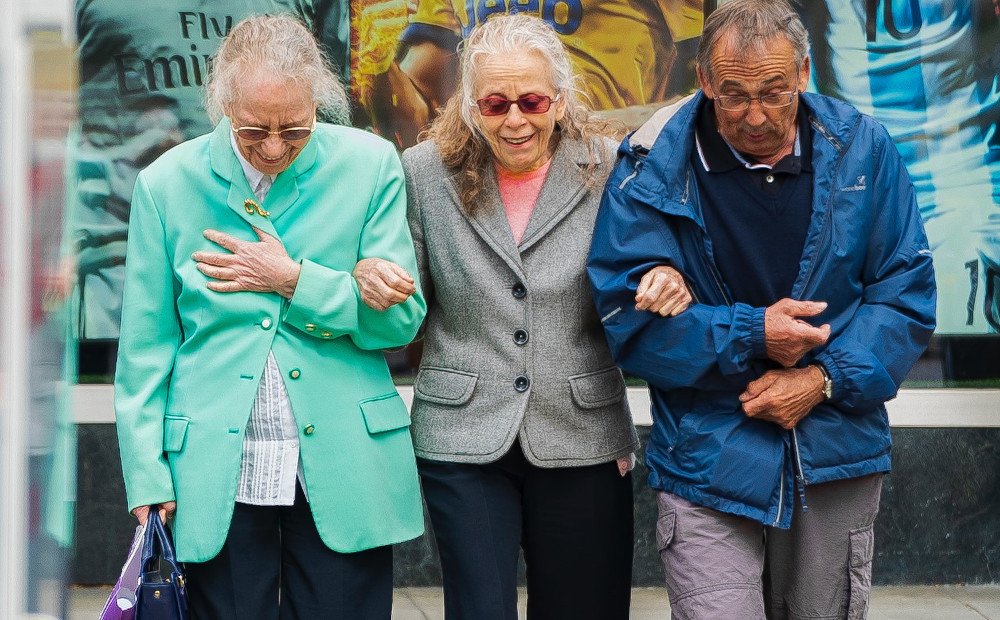 In 2006, I was hired as the Community Coordinator for a multi-year foundation grant to determine what the elderly population of a Pacific Northwest county needed in order to make their lives better.

The Partnership was divided into two phases. First, the Executive Director and I held public meetings to promote the project’s goals and to gather relevant data. While it was interesting to meet state and local officials, organizations, and hang out at several senior centers, it was the elderly I wanted to get to know. My part in the second phase – and the one I loved – was meeting with groups of seniors and individuals to hear from them directly. Based on the information we gathered, the Partnership would (and did) implement programs to address the most pressing needs. By the time I left the project, I’d talked with over one-hundred seniors. 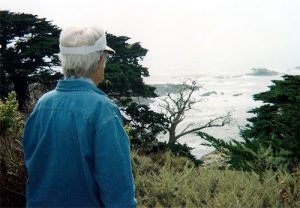 At the time, my mother was age ninety and doing well but needed a caregiver to help with laundry, errands, and a bit of companionship. She was by most accounts a delight – funny, opinionated, and my guide into the world of the elderly.

I’ve been reading my notes from those two years because it seems like the pejorative term “old people” is back in the news and not said in a tender way. I hope that there are a few cultures left – indigenous, traditional, and probably Nordic – where elders have value and are seen as contributing – at least their decades-long experiences and the value of love.

However, according to more than a few globalists et al, there’s too many of us hanging around taking up space and services. And President Biden isn’t helping although younger voters put his age second to his poor leadership. Also not beloved are the power-entrenched older members of the House and Senate who just can’t let someone else have a chance to make lemonade out of the lemons they’ve given us to suck on.

Twenty-three members of the Senate are in their 70s; only one is under 40.According to the Congressional Research Service, the average age of senators at the beginning of this year was 64.3 years — the oldest in history.

During my two plus years with the Partnership these key needs kept coming up:

More personal needs were expressed in the second year of the grant when many seniors read my monthly feature on aging in the local newspaper or chatted with me at events and meetings.

The first group of women I met were recent retirees. They’d built large homes, some with acreage. One woman, a recent widow said, “We envisioned a place for our children and grandchildren to gather but they live in another city; reality hasn’t matched our dream.” An issue, especially for widows and many men as they aged – what to do with the motorhomes, motorcycles, and boats as their abilities declined? “Old boys and their toys” one man called this problem.

The men, not surprisingly, weren’t nearly as ready to share their feelings. They did say that as widowers their domestic learning curve (food, housekeeping) was steep. They’d managed the money and often the yard and repairs; the wife managed the house, cooking, and kept their social calendar. Now they had to do it all or bring in help or sell the house and move into assisted living.

Two-story houses, even a single story with a basement laundry room, were a challenge.

One woman told me she threw her sheets and towels down the stairs and wore them like a shawl to bring them back up. She was so like my mother – as independent as possible, mostly philosophical about her advanced age, and then tears that surprised both of us. “Oh, Barbara. I just don’t want to be a burden to my kids.”

That sad, unfair word burden kept coming up whenever someone trusted me enough to say what was their greatest fear. The words rarely said were death or dead. Only my mother talked about it in her unique way: “When I’m no longer an earth mother.” That was as close to her inevitable death and my forthcoming grief she and I were able to express.

The medicalization of aging was evident – the familiar plastic Monday – Sunday dispenser was on most kitchen counters along with additional prescriptions. My mother had severe vision loss and cleverly marked the stove and microwave to avoid a fire or burning up her dinner. “It’s absolutely true,” she said, “getting old is not for sissies but better than the alternative.” 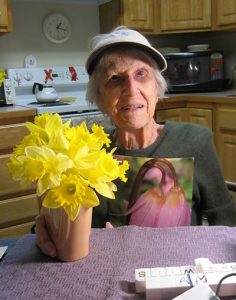 My mom, age 97, just a few weeks before her passing.

The best advice I received from my mother and others.

Our youth-worshipping culture makes it hard to come to terms with how we look, how to deal with the aging body and brain, and how to keep contributing.

You have to develop a fairly healthy attitude about aging – before you’re staring it in the face. It is much harder if you delay. It’s best to see and feel the changes, grieve the loss of what you used to be able to do, and appreciate what you still can in the present. As for not being a burden. Well, that’s a tough one since, as a country, we don’t really provide a large menu of affordable services that preserve the health and equally important dignity of the average aging person. 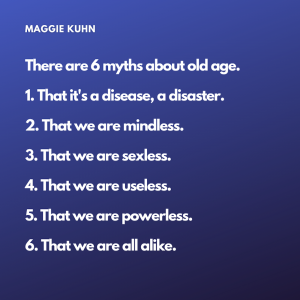