Big MO and Me 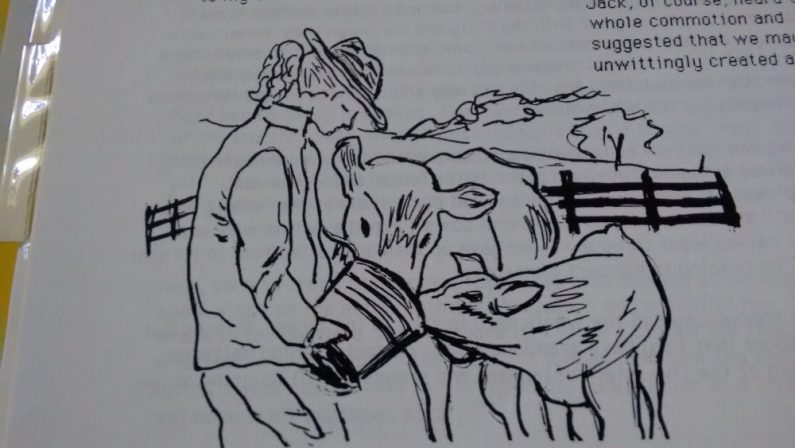 I didn’t know until 1965, when I arrived in California, that I grew up in a place that didn’t count for much–Missouri. Not as good as Wisconsin with their cheese or Minnesota of ten-thousand lakes. We had the Big Muddy that only Tom Sawyer and Huck could love. And, yet a cut above our neighbor Arkansas where you pushed your old car into the gully or married your first cousin. We soothed our inconsequential souls with derision.

Big Mo, flyover country, the heartland, or the Show-Me state—descriptors assigned to my place of birth by the sophisticated crowd I hurriedly tried to emulate once I arrived in L.A. People couldn’t even agree on how to pronounce it—Mizzou or Missourah, the way we said it with the broad “a.”

In 1989 I left the shores of the glorious Pacific Ocean, dropped out of my so-called life as a corporate exec, met Jack, moved with him to a farm in Salem, MO, and begin a writing career.

We thought we could live anywhere but sometimes rural Missouri presented personal challenges. When we invited our real estate agent over for a drink, she brought her husband along. First words out of his mouth after Hello were, “I thought I saw a black man walking down the road.” The man at the video store was explaining subtitles to me when he realized. . .“Oh, you’re the woman who drives that Jap truck.” Yep, that’s me. I thanked him for carrying “firin” films. In Salem, domestic violence was referred to (like Donald Trump refers to war) as “squabbles.” I could go on, but you get the picture.

What was good? So much. You can find a lot of peace and quiet on 145 acres, several ponds, cows mooing in the evening, a garden, and time to write. 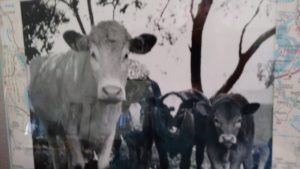 I worked for the local newspaper—the Salem Snooze (aka News)—as a features’ writer. My first assignment was to revive the  recipe column the publisher’s mother wrote for forty years. We negotiated the terms: I could tie a recipe to a local endeavor, starting with an organic blueberry farm, but couldn’t use tofu in a recipe. I began to write a journal and sent it out the old-fashioned way: wrote it on my Mac SE, printed at the copy store in Rolla, 30 minutes away, hand addressed, and mailed at the local post office in the back of the liquor store. Friends, former colleagues, and others wanted to hear about my dropout life. By the end of my stint as a “farm girl” (all of the women were girls), I was out of cash but had about 500 monthly journals in the hands of readers—some on my list, some shared with friends.

Jack planted an orchard, built a studio, and created unusual wood sculptures. He placed several in our pastures and when asked by the neighbor boy what they were he said, “Cow scratchers.” It was much easier than trying to explain the 6” square timbers he bolted together at various angles. We didn’t last very long as a couple but did remain friends. I moved to NYC to work as an intern at WigWag magazine and he moved to Florida. 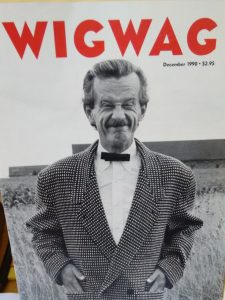 What I never found again after those several years in rural MO were these: 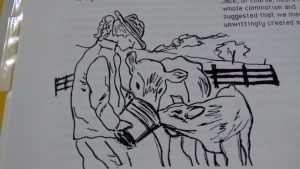