Fall & Winter on the Farm 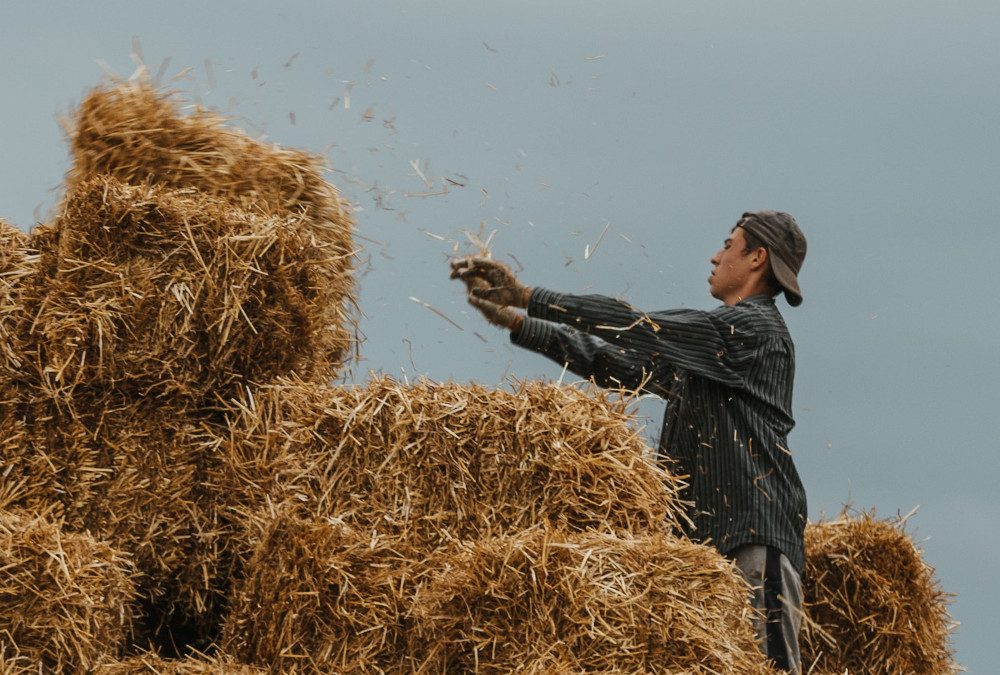 On some days I felt like I could never be anything but an outsider in Salem, Missouri. Mentioning that I was born in St. Louis always drew a—whatever brought you here? —bubble over heads when I interviewed people for my feature stories.  But they always invited me in and usually served Folger’s coffee and homemade cookies. When I transcribed interviews from my tape recorder, I winced at words from the 1950s like colored people. But the more interesting the subject of the article the less it bothered me to be called Miss Clarke. Or maybe I cared less about political correctness and more about finding our human connections.

I could feel the approach of winter in the air and was told by our neighbors, Pat and Carolyn, that haying was coming right up. We needed a weekend to cut, dry, rake, and bale before the winter rains. An unusually late autumn had prolonged the day when the two-man crew Pat hired arrived with mowing and baling equipment. Pat, Jack, Daniel, and two of Daniel’s friends joined the men and worked all weekend. 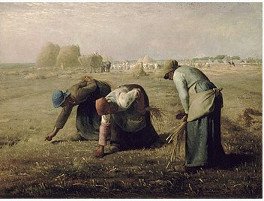 We used our house to heat and serve food for the crew. Carolyn brought sandwiches and coffee at noon; I served chocolate sheet cake and more coffee late on the first day. By four o’clock the scene reminded me of Millet’s “The Gleaners.” My gleaners looked nothing like the peasants in the painting, yet there was a similar quality to the way the slant of the light made a tableau out of the men and boys bending against the fading day.

On Sunday Carolyn and I joined the group, heaving corded bundles of Timothy grass and clover from the upper pasture to the boys standing on the huge flatbed truck. They stacked the bales into neat rows as we followed them around the pasture.

At noon, we walked up to our house and prepared lunch to serve outside. The sun was strong and warming, highlighting the straw dust particles coming off our clothes as we gathered. Carolyn unfurled a patched bedspread over a table made from an old door Jack set on sawhorses. I brought out the two chickens I’d baked, au gratin potatoes, rolls, broccoli salad, and her two blueberry pies.

The men and boys washed up at the faucet in the yard, served themselves at the table, found a seat on our porch, and dug into the feast. The three teenagers blazed through seconds and cleaned up the platters and pie after the three men declared themselves stuffed.

Even though we were all bone tired there was something about hard work that brought people together. It was a day like this, everyone engaged in the tasks before them, that gave me the sense of community I longed for. 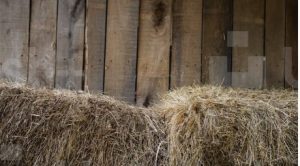 By late afternoon neither Carolyn nor I would say how much our backs ached when Pat asked how we were holding up. With the last bale stacked on the wagon, Pat thanked us for our hard work. Moving to the barn, he demonstrated for Daniel and Jack how to lay down a neat base of bales covering half of our spacious barn’s floor, then the next layer, each row stepped back from the one below. The growing arrangement reminded me of high-rise apartments that gave each tenant a terrace and a view.

That night the chilly autumn air drifted in through the open bedroom window until Jack got up to close it. He came back to bed, matched the curl of my back with his trunk like a spoon, and gently breathed us both back to sleep. 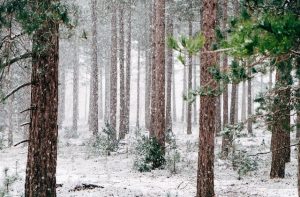 We celebrated our first Christmas by cutting down a small tree from our property. I made popcorn and cranberries strings which Holly carefully nibbled on after we’d gone to bed – only the popcorn. I missed my daughters and mother and had a quick sob after our phone calls, and happy when the new year rolled around.

Jack, Holly, and I shared this little piece of heaven and respite from the larger world for almost three years. Jack found Salem too provincial, missed sailing, and moved to Florida taking Holly with him until he put her on a plane to return her to my daughter in California. I moved to New York City for a four-month internship at Wigwag Magazine. I found NYC wonderful but a bit too much for me and moved to Vermont. Some of this will appear in the memoir I’m working on now. 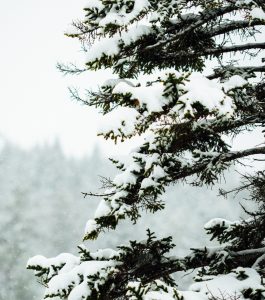 Have a peaceful, joyful holiday and Happy New Year to all!