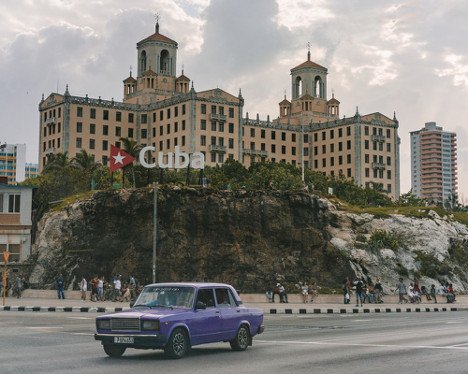 In 1997, I joined 150 Americans and Canadians to violate the decades-old U.S. embargo of Cuba. My reason for going was to see Cuba’s healthcare delivery system and after working in Miami to satisfy my curiosity about the island just 90 miles away.

My trip was organized by IFCO, the Interreligious Foundation for Community Organization/ Pastors for Peace. Our Pastors caravan, the 7th, was dedicated to the children of Cuba. We brought 500 tons of material aid through the Montreal and San Diego borders without the permission of the U.S. Treasury Department.

The Pastors group was a special ministry that delivered humanitarian aid to Latin America and the Caribbean. They had begun making annual trips to Cuba in response to the devastating effects of the U.S. embargo on the Cuban people. The 1996 passage of the Helms-Burton Act and signed into law by President Bill Clinton made life in Cuba even more difficult. Add to that the collapse of the Soviet Union, Cuba’s primary trading partner, who packed up and went home, plus several major hurricanes.

Not that much has changed after all these years except that travel to Cuba is back to being even more vindictive. There’s still the decades of dog-with-a-bone intentions, even after Fidel Castro outlived dozens of CIA attempts and other organizations, to topple the leadership and communism.

On the way to the San Diego border crossing, our 30-car 7th caravan made the nightly news. You can’t imagine how dozens and dozens of eggs thrown at windshields can shutdown visibility and risk lives negotiating the freeway. The throwers were members of Alpha 66, a Cuban-American organization primarily operating out of Miami. The hate I saw on those faces is similar to what we see today at rallies and demonstrations for a variety of so-called outrages.

What I learned then and believe now is that It doesn’t matter whether you love or hate Castro or think communism is a scourge, the people of Cuba and their accomplishments are amazing. 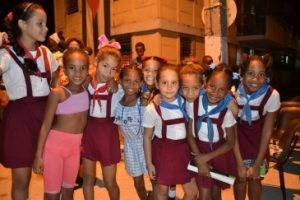 The 7th Caravan was dedicated to the children

We visited classrooms where first graders wrote in cursive, third graders held a geography bee I would have flunked. They had to share books, paper (no recycling – turn the paper over), and pencils. We brought literally tons of school supplies, a much-needed ambulance, medical equipment, medicines, basic provisions for women and girls, thousands of eyeglasses—all donated by companies and organizations and loaded on to two freighters headed for Havana.

Our group stayed at the Frank Pais Orthopedic Hospital which is still one of the largest training and medical facilities in the world. I saw state-of-the-art orthopedic procedures, learned about vaccines that we couldn’t get at home, and how almost overnight, without chemicals and fertilizer, Cuba became a leader in organic farming.

When we weren’t visiting community projects or in meetings learning more about Cuba, I was able to get into old Havana, admire old Havana’s architecture and chat with people. Many evenings, looking for a cool breeze off the sea, we walked along the Malecόn. Music and laughter often filled the night air. 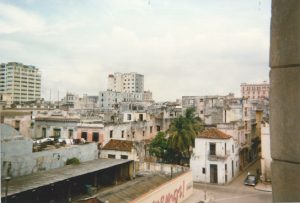 Several afternoons we took “a camel” ride. After the Soviets left, bicycles and large passenger transport vehicles were needed. The camel was a “bus” that could carry 300 people by using a tractor trailer bed with double-humped cabins made of two bus shells welded together. Recognizing me as a visitor, one man quipped with a smile, “The only difference between us and a can of sardines is that sardines are packed in olive oil and tomato sauce.” I thought of my subway rides in New York when I worked there and returned his smile. 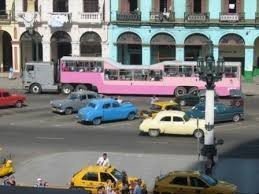 One evening, our contingent gathered in a nearby community in Havana. It was awkward to be honored as a citizen of a country that made life so hard for the people we met. That night I was reminded of what the word “community” really means.

After singing and speeches, we shared a broth cooked outside in a large cauldron by several older gents from the neighborhood. Every morning the coals were ignited and each household contributed one item, whatever they had—a carrot, onion, herbs, a bit of meat or chicken—to the cauldron. In the evening everyone came together and enjoyed the broth which was, by the way, delicious.

The local doctor we met, who lived above his clinic, said that the broth is made in every neighborhood so that “No one goes to bed hungry.” His simple statement struck me as applicable today in these harsh and unpredictable times, with so many Americans unemployed and suffering.

We are the richest country in the world and still can’t provide what in Cuba is essential: healthcare, housing, employment, and education. They believe as do I, that without all four elements working together, you don’t really have the kind of country its citizens deserve—all of the citizens.

Many criticisms about Cuba and Castro may be true. While I was there I was acutely aware that you had to watch what you said because you never knew who might be listening. Dissidents are imprisoned, people are still leaving, often risking their lives to get to the U.S. While I was there and ever after I had compassion for anyone who can’t return to their home country and their families—so close and yet so far.  And yet, the Cuban people have something we have lost—putting people before profits. I really did see a “village” wherever I went in the best sense of the word.

Because Pastors for Peace has touched the hearts of Cubans and other Latin American countries for many years, our caravan in 1997 was greatly appreciated. So much so that on our last day, Fidel himself attended a concert in our honor and visited with us afterward. 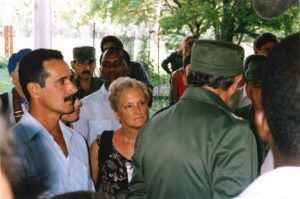 And, yes – that’s Fidel talking with one of our trip leaders and me listening!

I’m currently at work on a memoir about my years employed in the healthcare industry. Several chapters in the book cover, in more detail, my trip to Cuba and what I learned.