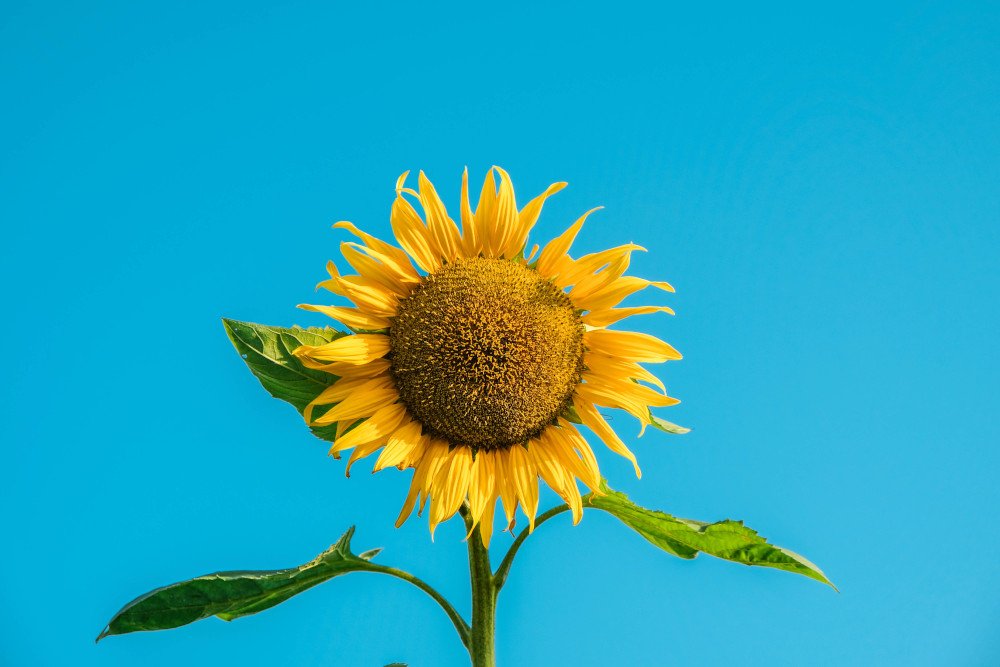 Last week my daughter sent me a story that brought both of us to tears—the good kind for a change. I hope, like the sunflower, it will brighten your day like it did mine.

With most of Western Washington University’s campus shut down, the Child Development Center teachers were looking for an interesting outdoor event. Carolyn Mulder took her four- and five-year-old students out to view the huge yellow crane that towered over the construction site for the new Interdisciplinary Science Building. They went each day, rain or shine. “The children were fascinated with it from day one, and before long they had named the crane ‘Sunflower,’” said Mulder. 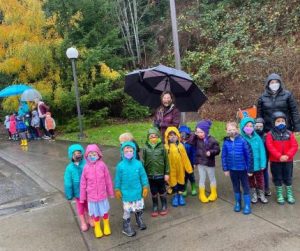 “One day last summer, we were sitting in the shade near the site, and everybody was drawing what they were observing. We were talking about how the crane operator was way, way up at the top, in the little booth. We were all looking up … and saw that the operator was looking down and waving to them! They were so excited. So they all waved back … and that started something really unique and special.” 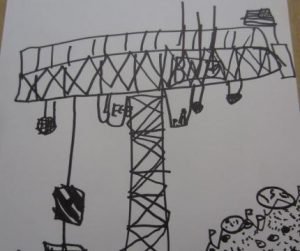 The class began to develop a relationship with Peter Bridgman who could remember how it felt to have dump truck drivers and heavy equipment operators wave or honk their horns when he was a kid.

As the relationship began to grow between the schoolchildren, teachers, and the workers on the site, the kids began sending questions to Bridgman, along with pictures of Sunflower and the construction and some small gifts they had made in the classroom. “Of course, the children wanted to know all the basics, like ‘was it scary climbing all those ladders to the top every day,’ and ‘do you have a bathroom up there’ … the same sort of questions we would have,” Mulder said. After hearing the crane’s new name, Bridgman decorated it with silk sunflowers, which delighted the class. 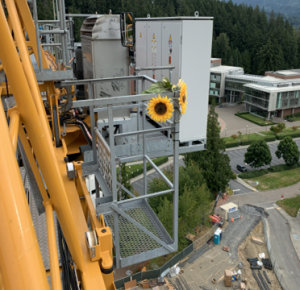 At Halloween, Sunflower had a special gift – and as the class waited in a nearby staging area, the crane lowered down a jack ‘o’ lantern filled with treats. In December, another offering came from Sunflower. In the pouring rain but dressed for the weather, the kids watched as “the World’s Friendliest Crane” lowered a huge red and white Santa stocking, bursting with holiday treats. 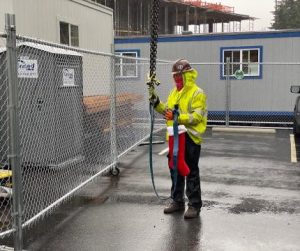 Because the Interdisciplinary Science Building isn’t scheduled to be completed until January 2022, Mulder and her class have time for more memories and interactions with Sunflower to look forward to—all because of the kindness of one person in a small glass booth, 200 feet in the sky.

Three cheers for BNBuilders, the general contractors, and for Peter Bridgman and the crew. I wonder how many kids from this class will say “a crane operator” when asked what they want to do when they grow up.

Here’s a link to the full article that was published in Western Washington University’s Western Today: https://westerntoday.wwu.edu/features/the-incredible-true-story-of-sunflower-the-crane-and-the-superhero-that-drives-it.