Naked As a Jay Bird 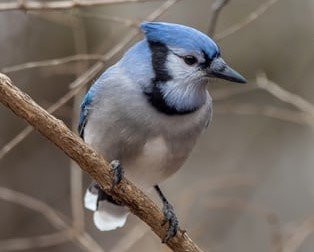 I wasn’t expecting to feel so naked, or in non-bird terms, vulnerable, when The Red Kitchen was published. I’d been busy writing, rewriting, finding a publisher, and hunting down typos and errors in the manuscript for months. I signed on with a publicity company to “get the book into the hands of readers.” All output with little time to ponder.

When my box of 32 books arrived—the real books—I was expecting to feel long-overdue joy. 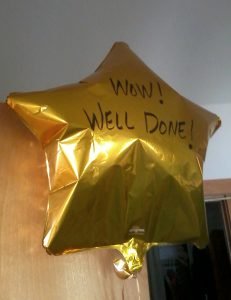 Instead, I felt something closer to “holy crap.” There was my life—the good, bad, and reconciled between a beautiful cover and positive endorsements from writers I admired. It wasn’t just my life but also about members of my family. Most of the names had been changed; only a few characters in the memoir were still alive who might take umbrage. But these were not the people on my mind at that moment. It was the person who might buy the book.

Kind of late to be thinking about that
you would be correct in thinking.

The memoir was many years in the making and the reality of time’s wingéd chariot hurrying my life along. The journey of The Red Kitchen was long: first, a mostly angry tell-all written too soon after my father died; then for six years it was a novel (under construction)—things happened to a woman named Julia (my doppelganger); and finally a memoir, where the story belonged in the first place. For the nine months and several more years while I edited and found a publisher, I was encouraged—and still believe—it was okay to tell my story. It was about one woman’s life but not unlike the lives of many other women (and some men). It was about families, growing up, then really growing up, life changing events, and how to write a book worth reading. Honest, sad, funny, and possibly inspiring—if I might use such a grand word. And, it turns out, award winning. 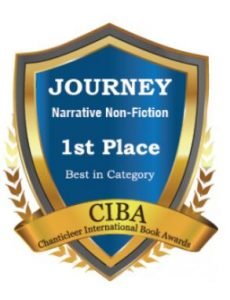 Before the book was published I wanted a few men—good readers and thinkers—to have a look. Was this strictly a “woman’s book” and too critical of men? It never came up in our chats. What about sex—mine as a teenager and as an adult? Is it okay to write about it? One trusted friend couldn’t stop laughing when I posed the question. “I think the sex cat is out of the bag,” she said. “It’s 2020 not 1820.”

And so, I’m writing this mix of thoughts for my July post for two reasons – no, make it three. 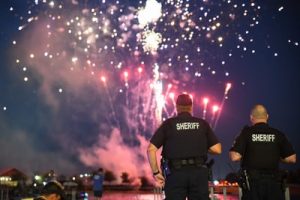 First, I don’t feel that patriotic this year and dislike fireworks—how un-American. One year, my father took us to the Shriner’s Circus in St. Louis. I hid under his raincoat when the glowing ash began drifting into the stands. He was very annoyed having paid good money for the finale! Fast forward–let’s scare the bejabbers out of birds, pets, and other critters. And risk starting fires with the sparks in a drought.

Check out the statistics on our beloved fireworks – please be careful if you must.

Two, I want to forewarn budding memoirists who have a story to tell. You should—we need your story—but you need to know it can be a weird experience. Some readers will wish I’d put a “sock in it.” Some will be too polite to mention certain parts, others will want to talk about it, what it meant to them. There’s nothing like holding your breath and looking at your Amazon ratings—it took me almost three months before I was brave enough to check it out. So far, no 1 star—hated it review.

Three, I’ve given up on what almost anyone thinks of me—save my kids, friends, what’s left of my immediate family, our cat Violet, and a few people who are in the book. Old friends have called or emailed, including Anna, who has a whole chapter to herself. We are still life-long friends and even more connected through our story.

That vulnerable feeling comes and goes, just like the other rhythms of life. But the day I received a review from a woman thanking me for writing The Red Kitchen and what it meant to her, the reward was well worth the work and the risk.