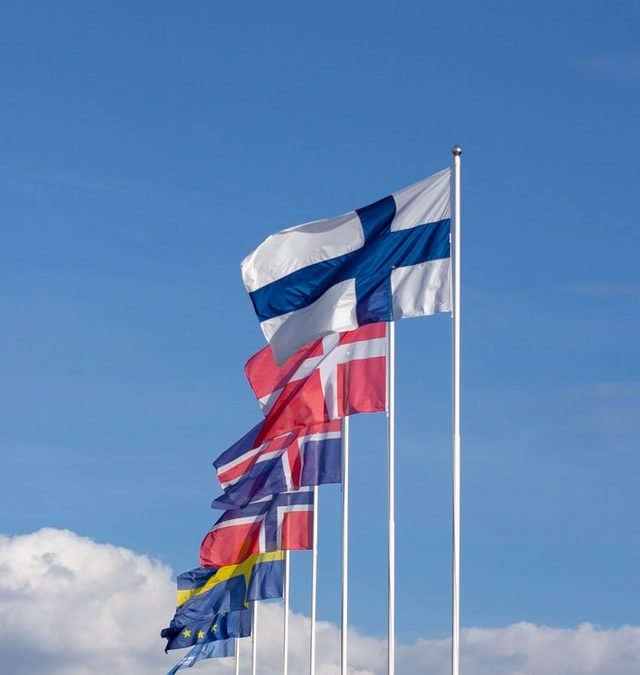 Several years ago, I spent two weeks in Iceland, the first one in Reykjavik and the second in the far north. My friend and I stayed at an all-age, downtown hostel with a great bar and café. We met a lot of locals due to the amazing café cuisine. Most had been to the US – a kind of rite of passage like going to Disney Land/World for Americans.

On our second week up north, we were in a snow blizzard but when it cleared this was the view from our front porch – Arctic Circle just over the hill. 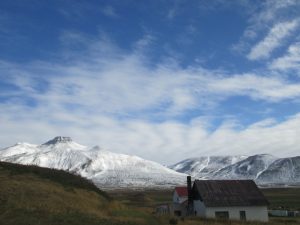 After the 2008 financial collapse they actually sent their corrupt bankers to jail! Appealing to general citizen unrest, a movement began, starting with sewing clubs, to draft a new constitution. Sadly, like many citizen-based movements, it didn’t make it past a new, conservative Parliament. But I never stopped thinking about Iceland.

Just recently I found this book, The Nordic Theory of Everything: In Search of a Better Life by Anu Partanen and want to share a bit of the contents with you.

Anu is from Finland, came to the US as a journalist after falling in love with an American, and now a citizen. From the book flap I read “Partanen wants to open Americans’ eyes to how much better things can be—to show her beloved new country what it can learn from her homeland to reinvigorate and fulfill the American dream.” Indeed, she opened mine with her thorough and thoughtful research.

While the book’s pub date was 2016 and much has changed everywhere since then, there are three key elements (among many) I found worth highlighting.

The first is the Nordic Theory of Love. Partanen backs up her thesis with many references but in essence it boils down to this: “The most important values in life are individual self-sufficiency and independence in relation to other members of the community. A person who must depend on his or her fellow citizens is, like it or not, put in a position of being subservient and unequal.” Nordic love provides the universal tools for independence and in her chapter, Anu highlights some touching scenarios of that love. The Nordic version of love—supportive independence and a commitment to everyone’s ability to thrive, is for the people you know as well as the people you don’t know (or agree with). Love is love.

Here in the US, we mostly hear about high taxes and the evils of socialism in the Nordic countries. The author does a good job of destroying most if not all of what we’ve been told in contrast to our American “exceptionalism.” Their love of independence is more than talk. It’s in place from birth to death for every citizen including universal public health care, affordable daycare, maternity benefits, high-quality free education, taxpayer-funded residences for the elderly, even separate taxation of spouses. None of this is viewed as government largesse – it’s what your taxes are for. None of it is perfect but always puts the Nordic countries at the top of almost any chart you can name.

According to Partanen, the word “welfare” is defined as “well-being.” In Nordic countries, the word has an overwhelmingly positive reference and not something handed down by “big government” or to feel embarrassment or shame for receiving. Well-being is there to make sure that all citizens have equal opportunities to thrive and be independent.

The chapter “Healthy Body, Health Mind” provides a depressing comparison between the Nordic system(s) and ours. Partanen does a great job of destroying the benefit of having your healthcare coverage controlled by your employer and points out the obvious – socialism is alive and limping along here via Medicare, Medicaid, the VA system for veterans. And always under threat of being cut back or privatized. She is gob-smacked hearing how people stay in jobs, tolerate poor working conditions, etc. in order to have health benefits. 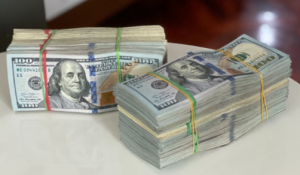 My one quibble with the chapter on healthcare is this – Partanen’s ideas are great, but she didn’t consider the staggering amount of lobbying, media budgets for scary advertising, and bought politicians who have no interest in providing a universal program. It would destroy their enormous profits, salaries, and power. She’s right, though, in that we could start with a few states creating a universal program for citizens and let momentum fuel what is so badly needed. Two recent news items address her ideas in surprising and unsurprising ways.

Surprisingly, the Republican-led Congressional Budget Office in a new report implicitly told lawmakers how a Medicare for All style system could quickly fix our costly, broken system. Ah – hope had arrived. But, in almost the same news cycle I saw that in California (you know, that really progressive, Democrat run state), where an overwhelming majority of voters want a single-payer system, the single-payer bill was killed by Democratic lawmakers just after their party received a $1 million check from a major private health insurer.

Still in the embryonic stage, my goal for 2022 is to do a Tedx talk on our broken healthcare system based on what I know having worked in it, read extensively, and sometimes have to use it. The working title is My Last Will & Testament. One requirement is to come up with a big idea. I’m still working on one that can be implemented given the forces working against making universal healthcare something more than a broken campaign promise. My next blog post will cover another book of interest – why are the people most at risk, the poor and uninsured, so against a universal system run by the government. Stay tuned and maybe by then I’ll have a big idea. 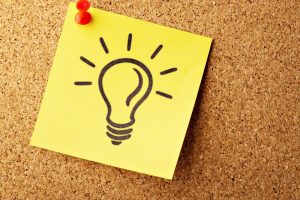