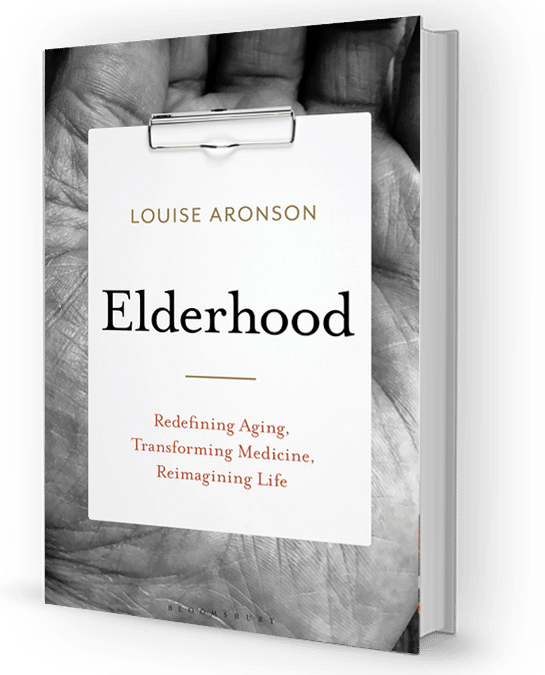 The word “Old” is so laden with negativity, we hardly ever use it. Except, of course, if you really want to go for the jugular and then it’s usually accompanied by old fart, old bag, old dog with no new tricks, and possibly “old timer” but that is kind of dear and saved for men. Women aren’t afforded the same courtesy and become “cute or sweetie.”

I stumbled into the current use of the word “old” when I dived into the hardest book I’ve ever read – Elderhood: Redefining Aging, Transforming Medicine, Reimagining Life by Louise Aronson. She is an MD but is so professionally secure she doesn’t put it on the cover. The book is a difficult read because Aronson doesn’t cut corners: she looks at how we think of aging at least in the U.S. (we try incredibly hard not to), takes the white coats off of doctors who don’t know much about their aging patients’ needs and not trained to talk about dying or death, and challenges the medical establishment, governments, writers, influencers, and readers to recalibrate our thinking.

Hence the title of Elderhood

If you use the word elder, these descriptors show up: experience, knowledge, wise – the words that native people and some countries choose to show their respect for the old.

Soon, Aronson moves into the medical world. According to Aronson, “American medicine became more interested in cosmetics and catastrophes than in promoting and preserving human health and well-being. In the 21st century, it worships machines, genes, neurons, hearts, and tumors, but cares little about sanity, walking, eating, frailty, or suffering. It values adults over the young and old (pediatricians and geriatricians make at least half as much as surgeons, etc.), and hospitals and intensive care units over homes and clinics.” The lowest paid workers are usually those providing home care to the elderly and the disabled.

The urgency of Aronson’s thesis in the book is that there are boatloads of elders coming to our shores (never mind the wall):

According to Aronson, there is much work to be done in order to change how we not only think about aging but how we treat it. She is a professor and lecturer at the University of California, directs the UCSF Health Humanities program, has a regular clinical practice and – wait for it – makes house calls!

As a woman of a certain age myself I found Elderhood a lot to take in, intellectually and emotionally: my own inevitable death (yep, anti-aging is only skin deep – if that), the progression of change at any age, and how to balance loss (in our bodies as well as friends and family) with acceptance and joy in the days we have, no matter what that day brings.

After finishing Aronson’s book I became aware of my own “othering” of older people and set out to change myself. I want to look past the wrinkles and acknowledge and appreciate the person they are – still in there wanting to be recognized after all these years.