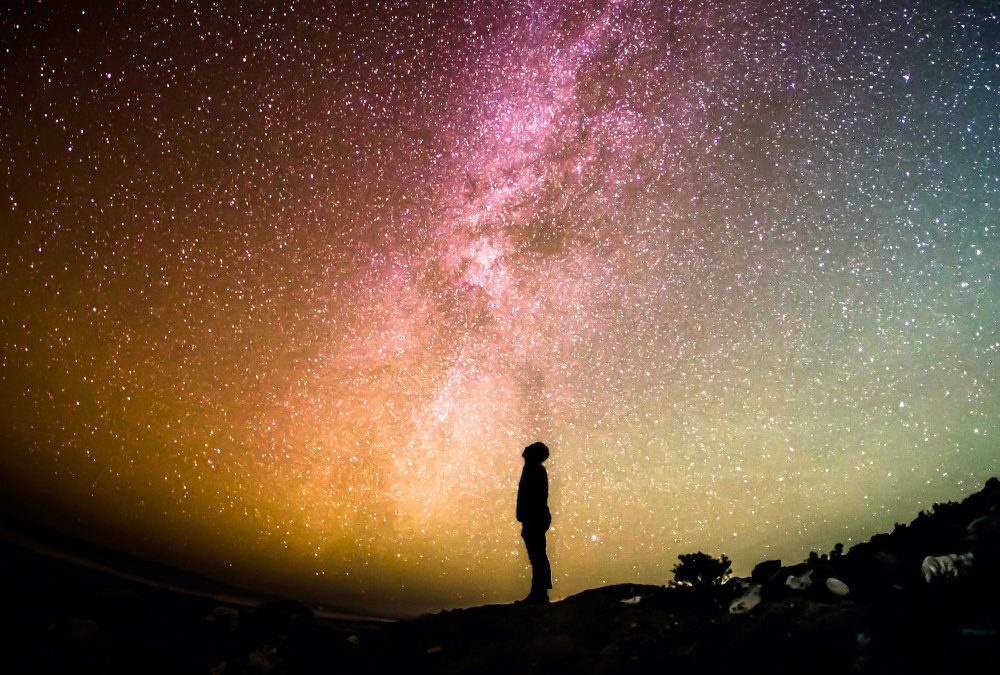 Maybe you have, like me, noticed it’s a strange time here on earth. We have a new passion for confronting some dreadful aspects of our history as a nation and even more of a focus on smaller segments of the population. DEI (diversity, equity, and inclusion) has worked its way into every aspect of our lives—starting at kindergarten.

In these times we are also busy taking out words we used to say or write that may cause offense and wordsmithing new ones – woke, triggering, micro-aggression, cultural appropriation, and dozens more. But I’m wondering since I’m lost in the cosmos at the moment, if in some sectors, if we have lost sight of our most demanding priorities.

An American child on an average day spends five to eight hours in front of a digital screen and 4-7 minutes in unstructured play outdoors. I’m just grateful that my daughters grew up in a time when I had to call them in rather than make them put something electronic down and go connect with the natural world.

Instead, this has evidently become a priority around the country. I’m sure the “pride folks” will get their boas in a twist but this is my humble opinion. 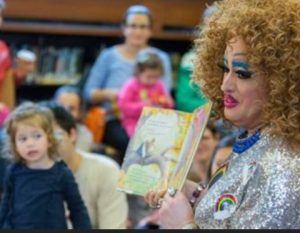 I’m wondering why little kids need to attend library and school gatherings to learn about drag queens. I agree that the LGBTQ population has in the past and continues to experience all kinds of discrimination and worse. But how often does a five-year-old encounter a drag queen and need to be prepped to not think it’s a little bit odd to see a woman in a sparkly dress sporting a mustache and beard? This strikes me as a low priority when almost 40% of American kids spend at least one year in poverty before they turn eighteen. 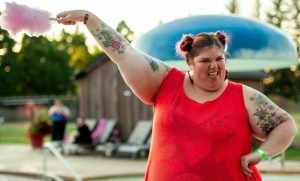 There’s much to be said about this woman who represents a trend from current rock stars, Hollywood and TikTok celebrities, and unfortunately to a large portion of the population. This woman is a model for the new word we’re asked to use for obesity – body positivity.

I’m glad she likes who she is and isn’t shy about it. And I wish her a long, happy life. But I’m also wondering—once again—what happened to the fact that obesity is a serious and costly condition and we’re no longer allowed to use the word.

Given the touchy times we are living through—word harming is rampant. But since it’s hard to see a doctor without getting weighed, how are physicians supposed to comfortably talk about obesity? Or do they just, as before, give you one of their handy printouts and leave things unsaid? 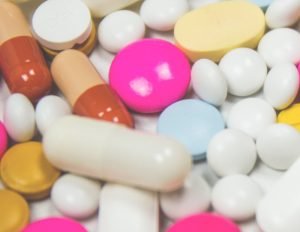 The most common antidepressant drug – Selective Serotonin Reuptake Inhibitor, known as an SSRI – is widely prescribed in the US. The theory for 30 years has been that depressed people have a chemical imbalance of serotonin in their brains. If you give them more serotonin, they will be less depressed, happier, and less likely to kill themselves.

Between 1991 and 2018, total SSRI prescriptions in the U.S. rose by more than 3,000%. The number of prescriptions for the most common SSRI hit 224 million prescriptions last year in a country of a little over 330 million people. They are supposed to cure depression and yet the suicide rate has not fallen in the US, rather it has jumped by 35%. 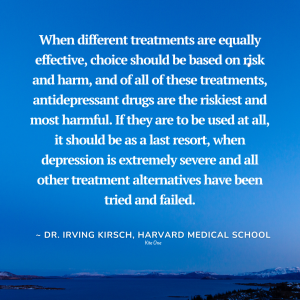 And now, after large-scale studies, SSRIs have been found to be ineffective if not in some cases harmful. Nevertheless, these drugs are still commonly put forward by medical professionals and direct-to-consumer advertising and other aggressive campaigns by the pharmaceutical industry. The use of SSRIs are still taught in medical schools. And worse, studies suggest that these drugs can cause impotence, infertility, a tendency toward violence, and birth defects that occur 2 to 3.5 times more frequently among the infants of women treated with (SSRIs) early in their pregnancy.

Here’s what the lead author of the latest large-scale study, Joanna Moncrieff, said about the findings. “I think we can safely say, after a vast amount of research conducted over several decades, there is no convincing evidence that depression is caused by serotonin abnormalities, particularly by lower levels or reduced activity of serotonin.” 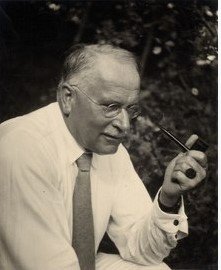 Carl Jung in his memoir, Memories, Dreams, Reflections, wrote: “We rush impetuously into novelty, driven by a mounting sense of insufficiency, dissatisfaction, and restlessness. We no longer live on what we have, but on promises. We refuse to recognize that everything better is purchased at the price of something worse.”