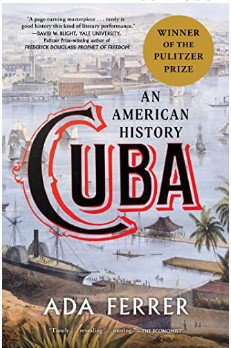 I love finding a good book and Cuba: An American History was a great discovery. After working in Miami in the late 1980s, I developed an abiding interest in Cuba. And, I admit to being hesitant when I saw the book’s subtitle. Oh, no, I thought, not another Castro bad – America good. But as soon as the Prologue began, I knew I was in the honest and capable hands of the author, Ada Ferrer. She was born in Cuba, left as an infant with her mother for the U.S. to join her father, but has returned to Cuba many times since 1990 to do her exquisite research.

Ferrer begins with Columbus’s 1490s explorations for Spain. It doesn’t really matter in the name of what his and others explorations were for—more territory, natural resources, religious conversion, or allegedly “helping.”  Powerful nations, it seems, can’t resist exploiting and disregarding the indigenous peoples they discover.

The story Ferrer tells of Cuba is one of “conquest, colonization, slavery, freedom, independence, and revolution.” Unlike other Caribbean-island nations, under the vision and rule of Fidel Castro and succeeding administrations, Cuba has remained a sovereign nation – celebrated as the 26th of July Movement.

When the Soviet Union collapsed, support for Cuba crashed with it. Trade from the Soviet bloc was more than 80% of all Cuban resources. This began what Castro named The Special Period, bringing with it several years of enforced extreme austerity. Along with the loss of oil, heavy machinery, dietary staples also disappeared. Ferrer provides many examples of the devastating effect on the Cuban diet, among them—milk was limited to children six and under, two servings of fish per month, and two-hundred food items added to the list of rationed items.

This terrible turn for the Cuban people caused renewed hope in Miami and Washington—”Hooray, the Castro regime was on its last legs.” What the US still didn’t “get” after decades of the draconian Embargo was the resilience and loyalty of the Cuban people who never stopped wanting to be a sovereign nation.

My trip to Cuba

In 1997, I traveled to Cuba with IFCO-Pastors for Peace. Created in 1988, the organization’s purpose is the delivery of humanitarian aid to Latin America and the Caribbean. “Pastors for Peace offers concerned US citizens an opportunity to demonstrate and enact an alternative people-to-people foreign policy based in justice and mutual respect.”

My caravan’s primary focus was shipping 500 tons of material aid for children in advance of our arrival, and breaking the Embargo at the Mexican border. Traveling around Havana, I noticed that the state-store shelves were mainly empty, but learned that the country had already changed course. There was more international tourism encouraged, private businesses allowed to open, and organic gardening and herbal remedies were quickly developed to replace the missing fertilizer from the Soviets. It’s a complicated story and well worth delving into Ferrer’s book for the details.

At the time of my visit, I had no deeper understanding of the true extent of the suffering and struggle that The Special Period had wrought. Or the enormous sacrifices of the people to stay an independent country. Instead, the Cubans we met focused on the positives—the purpose of our trip and their hopes for the future. I experienced an open and welcoming people. Not just for our Caravan’s recognized good deeds but for me, an American tourist, travelling around old Havana alone, speaking with people in my pathetic Spanish. They didn’t hate me or the people of the US.

Then and now, I’m left with the same question. Why is the cruel Embargo still in place? It feels like an old grudge—a playground bully still mad because that smart, little kid outlasted him. It has been too many decades of dividing families and costing untold lives. According to Ferrer, in 2019, 79% of Cubans were born after the 26th of July Revolution. There are no more Castros to try to assassinate. 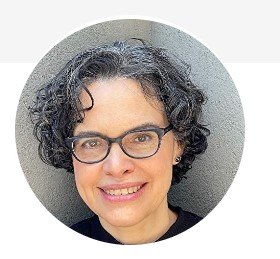 And to further quote Zinn: “The memory of oppressed people is one thing that cannot be taken away, and for such people, with such memories, revolt is always an inch below the surface.” Good to remember but easily forgotten as powerful nations set about making the world in their image. For Ferrer, the mirror does not lie.

To learn more about IFCO-Pastors for Peace and their Friendship Caravans and other projects https://ifconews.org/our-work/pastors-for-peace/