“I am being carried from my bed and placed into a strange car. Now a very nice lady is driving me somewhere in the darkness of the night. She just told me I am going somewhere safe.”

This is one child’s account of her journey through the foster care system. One singular commonality happens for all children—their life turns in a new direction. And, they can use all of the comfort caring adults can provide. When June Fraser Thistle, founder of the Bellingham Sock Monkey Project, heard this child’s story she knew she had to do something. What comfort could she provide?

The project began when June attended a workshop for students on the Western Washington University’s campus where she works. They would learn how to sew a sock monkey and donate them to the many displaced children in the foster care system.

“I wanted to help even though I had no clue how to sew,” June says. “Several friends and volunteers who could sew joined me and soon we began turning my home into a monkey factory! My husband’s pool table was quickly buried under a sea of sock monkey parts.”

The initial all-volunteer, nonprofit project began in 2013. Now, the network of monkey makers and contributors has spread to eight states and two Canadian provinces. By 2018, over 300 kids had been given a handmade sock monkey—that’s a lot of sewing given that a single monkey takes a volunteer about eight hours to complete. The sock monkeys leave the project with a backpack, pajamas, and the clothes on “their tail” ready to meet a forever new friend. Each child chooses a monkey and together they begin their journey into foster care.

“I have watched the magic happen when a child enters Skookum House, a home that welcomes children entering foster care from across western Washington for their first 72 hours. The kids have been so transient, a sock monkey sometimes is the first thing they own that is totally theirs,” June says. “When we tell them they can have this monkey for the rest of their life, that’s not a concept they understand. So the idea that no matter where they go this is their friend forever is what our project is all about.”

To prove that a picture is worth a thousand words or if you would like to get involved, check out the monkeys at http://www.comfortkidsproject.com/ 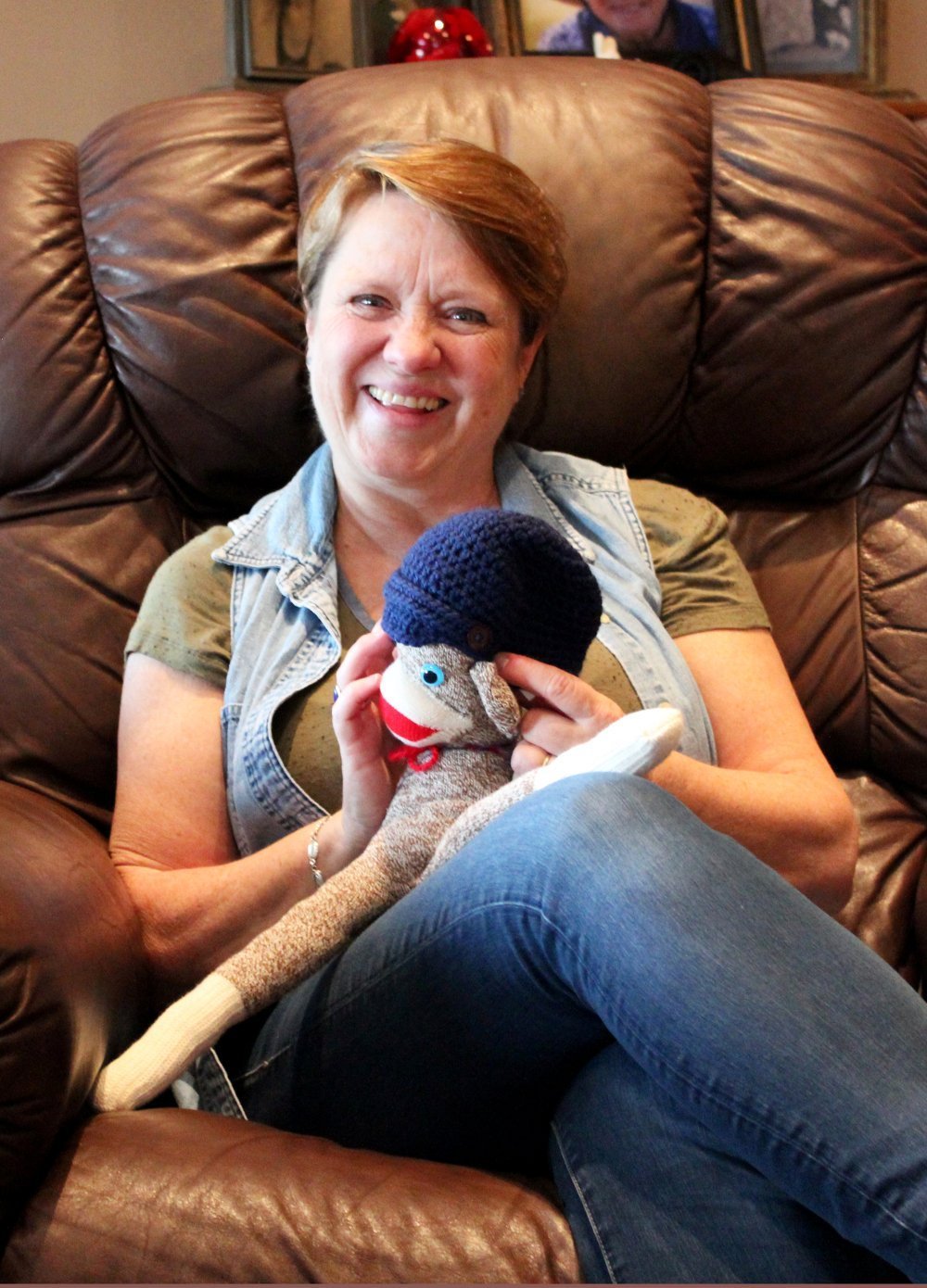 “Anyone who does anything to help a child
is a hero to me.”