The Joy of Dropping Out 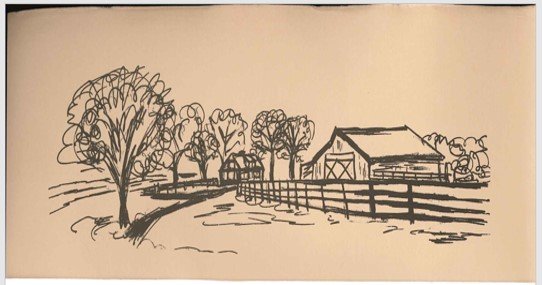 Maybe it’s the fact that Jack and I were looking out onto the vast Pacific Ocean that I felt free to answer his question from my heart. Or maybe because no one had ever asked.

“So, what do you want to do with the rest of your life?” He already knew that working in the health insurance industry was not the answer. I was a classic case of not just burnout but “abandon all hope.” And here he was offering me a life raft.

“Become a writer,” must have been hiding out in my mouth for years, decades even, waiting to escape.

“Well, then,” he said, in a thoroughly Jack way I would come to love, “you best get to it unless you think you can write from the grave.” 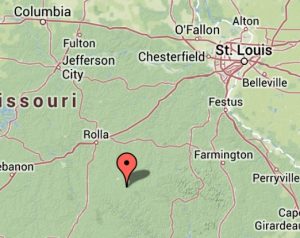 From the time we walked back to his truck after that life-changing question, it took only five months for me to quit my corporate job, sell my car, make arrangements for my daughter to start her life as a young adult, and move with Jack to a farm in rural Salem, Missouri. He wanted to be a gentleman farmer, plant an orchard, create large, outdoor sculptures, and ride around the non-forested part of our farm on a tractor.

For my part, aside from a too-large garden our neighbors had planted as a welcome, Jack tore out the attic of our modest farm house to make me a writers’ loft. I wrote there every morning, started The Lady’s Home Journal, and wrote feature stories for the local newspaper. I was assigned to write about the community, hear their stories, and learned from the town’s librarian that our wet-weather creek was part of the Trail of Tears that force-marched the Cherokee nation and others into Oklahoma.

Note: In 1838 Cherokee people were forcibly taken from their homes, incarcerated in stockades, forced to walk more than a thousand miles, and removed to Indian Territory, now Oklahoma. More than 4,000 died and many are buried in unmarked graves along “The Trail Where They Cried.”

I was back in my home state and learning to regret my condescension about flyover country, spoken for many years when I lived in California. I found beautiful rolling farmland and a peace that comes from simplicity, community, and generosity. 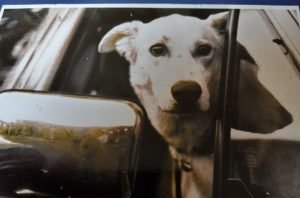 Holly – the best dog ever!

Our dog Holly, who had spent her first three years in a dog run and then on a leash, took to farm life like a pro. She used the large pond across from our house like a bathtub on hot summer days or after a long run chasing squirrels. Only the cows, pastured with us for the season, troubled her. 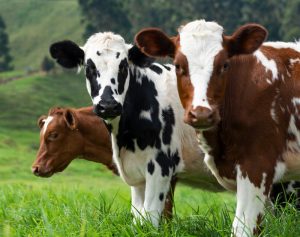 At dusk, we would drive to whatever pasture they were in and throw out sweet feed from the back of the truck. Holly huddled against the cab.

I didn’t think cows would be my thing but one cow and her “boy” I named Solo and Junior stole my heart. She would bring him over to eat sweet feed out of a bucket, allowing me to scratch his forehead while she looked on like a proud mom. Any time she saw me she made it a point to come for a visit. 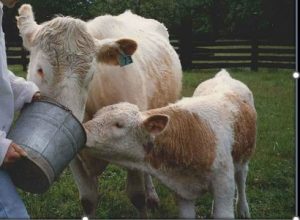 Just before winter, the cows would be rounded up, loaded onto several large trucks, and taken to whatever was their fate or shelter before the snow arrived. As though the gods of rookies needed a laugh, we had a chance to exhibit our incompetency and Holly to prove there must have been a bit of border collie mixed in with the lab/shepherd mix.

Our neighbor’s son, Daniel, had not latched the pasture gate and walking back, slightly glazed from a few glasses of our neighbors’ homemade apple cider, we found the cows ambling down the road as if to greet us.

To say we sprang into action is, well, an exaggeration. Jack yelled for me to climb over our backyard fence and take the two poles that held up our clothesline and direct the cows back into the pasture. 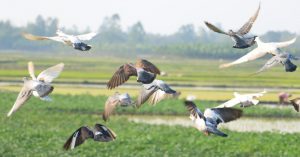 For Jack’s part, his f-bombs flew into the air like pigeons fleeing a roost. For my part, I mostly waved the poles around. After a bit more than Holly could stand of our version of the Keystone Kops, she sprung into action. She skillfully herded the cows back into the pasture, nipping at the hocks of a few stragglers. We stood doubled over out of breath while Holly collapsed on the grass panting and drooling – and I have to believe smiling.

Later, we sat out on our porch swing, sipping wine, revisiting our ineptitude, while Holly sat between us looking out into the starry, starry night.

I couldn’t remember when I was so happy except for when I dropped my corporate daily planner into the trash. 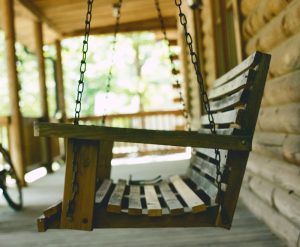