Unions on the Rise 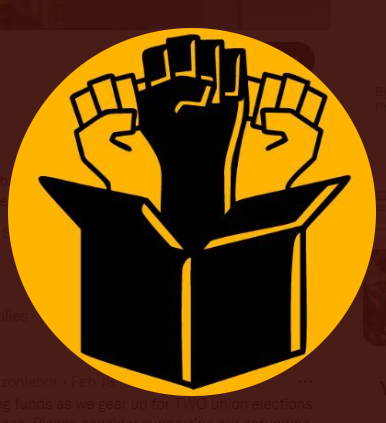 When Amazon General Counsel David Zapolsky called Chris Smalls “not smart or articulate” in 2020, he unintentionally put another log of motivation on an existing fire. In Amazon’s mind, Smalls was just a Black warehouse worker; a mouthy guy who didn’t talk like a Harvard grad. Smalls was essentially fired for speaking out about Amazon’s COVID-19 safety failures. Many of us, especially during the months of lockdown and after, made Jeff Bezos a gazillionaire. And the workers? They endured a stressful, dangerous job with measly benefits. 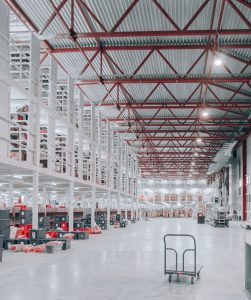 Now, Smalls is President of the Amazon Labor Union (ALU) and has his first organizing victory under his belt. “The ALU is a worker-led movement to put power back in the hands of Amazon employees and establish our right to negotiate for a better, safer, and more equitable workplace,” said Smalls. The vote in favor of a workers’ union at the Staten Island warehouse was 2,654 votes in favor of joining the union and 2,131 opposed. “They forced workers to attend trainings where anti-union propaganda played day and night,” according Smalls. The Union spent $120,000 overall, raised through GoFundMe. They started with two tables, two chairs and a tent. Amazon spent more than $4.3 million on anti-union consultants. 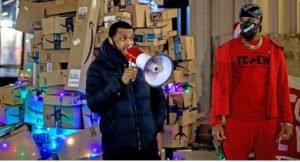 As you might expect, Amazon didn’t waste any time filing a list of objections to the election with the National Labor Relations Board (NLRB) guaranteeing that negotiations will be long and drawn out.

Shortly after the election and the celebration among the workers, Amazon issued a new worker chat app but certain words were banned: “union,” “grievance,” “vaccine,” “living wage,” “slave labor,” “harassment”, “restrooms” and “this is dumb.” You would think all those “suits” up in the Amazon towers would see how dumb this was. 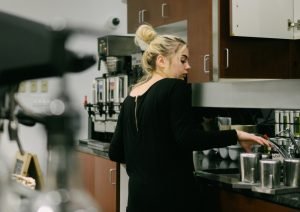 Meanwhile, at another giant company—Starbucks—the founder and once again CEO, Howard Schultz, is sounding even dumber. At a townhall meeting he said Starbucks was “being assaulted in many ways by the threat of unionization.” Schultz denounced the Starbucks Workers United as an “outside organization trying to take our people.” He sounds like a bully with the rules suddenly changed.

Currently, some 176 Starbucks locations have filed for NLRB elections since the first union campaign at a corporate-owned store in Buffalo, NY went public last year. And more each week.

Laila Dalton, a barista in Phoenix, Arizona lost her job after the NLRB issued a complaint against Starbucks for retaliating against her for union activity by suspending and disciplining her.

In an interview with Dalton in Jacobin magazine, she said this about the rise of unions: “I think people in my generation going through this and posting about it on social media, people are realizing that their best friends are getting treated horribly. A lot of my friends never knew Starbucks was like this. This is the start of a new era. I’m so excited that people want to stand up for themselves and are ready to be treated more fairly.”

Closer to home, striking tulip farmworkers in Skagit County reached an agreement with the Washington Bulb Company, the nation’s largest tulip bulb grower. The early-April strike lasted three days on the picket lines and two days of negotiations before the bulb company and the union reached an agreement on the eve of the highly anticipated Tulip Festival in Skagit County.

“It was a good faith on the company to really open up the negotiation table and try to resolve this as quickly as possible. So, I thought that was a really positive sign,” said Edgar Franks, political director for Familias Unidas por la Justicia who represented the 94 workers.

What demands were included in the agreement? An increase in the number of portable restrooms, increased bonuses by 50 cents for meeting certain targets. Workers will now be paid for time spent preparing the rubber bands used to hold bunches of flowers together – they were previously told to do this during breaks and at home. More health and safety demands included: gloves, rain gear, boots, goggles, and hydrocortisone cream. The gloves and cream are necessary to wear when daffodils are cut, their sap creates sores on workers’ hands and skin. And perhaps the best result was the 8-hour workday and improved paid sick leave.

“These tulips don’t just magically appear,” Franks added. “There’s a lot of workers that make this possible, to make the fields look nice and everything run smoothly. And it’s time for people to recognize all that labor and the contributions that they do.”

I believe that Franks speaks for workers and their brave advocates everywhere. This spring brings more than celebrated blooms and beneficial showers. As Frank said, “If we’re talking about workers being healthy, being compensated fairly—that’s not only good for business, it’s good for the community as well. Now they can go to work with their heads up high and not be in fear of being intimidated or anything.” 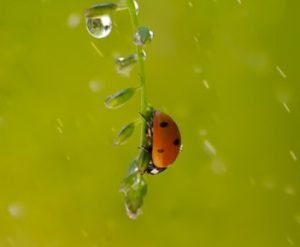 To read the entire Jacobin magazine article on Starbucks: https://www.jacobinmag.com/2022/04/starbucks-union-drive-nlrb-worker-union-leaders-firing-ulp-laila-dalton

To read more on how Chris Smalls and others won the vote: